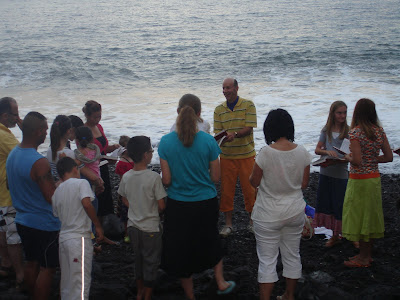 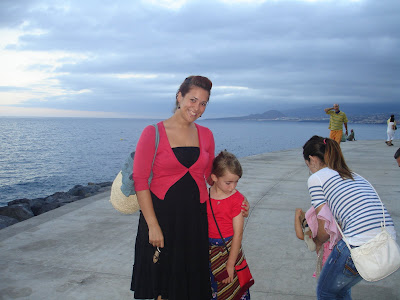 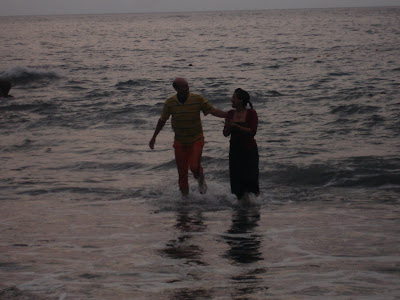 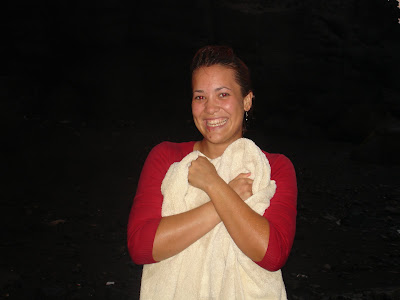 Naima is a young college student who has been attending our church services in Santa Cruz for at least a year. She also has been coming over to our house for several months studying the Bible with us, and more recently accepted the Lord as her personal Saviour. She has been asking Doug for some time if she could get baptized, but Doug wanted to make sure that she understood that baptism is not what saves a person, but symbolizes a person's transformation of being placed in Christ through faith in His finished work.
Last Tuesday evening many from our church, and several of Naima's friends from school gathered to witness her baptism. We had a good time, and Naima was very happy about her decision to follow the Lord in believer's baptism.
Posted by Carolee's Corner Canary Islands at 3:28 PM 2 comments:

Portrait of a Virtuous Woman

"Who can find a virtuous woman? for her price is far above rubies." Proverbs 31: 10

A virtuous woman in this day is rare and precious. The next verse in the passage goes on to say "The heart of her husband doth safely trust in her, so that he shall have no need of spoil." Verse 27 adds, "She looketh well to the ways of her household...."

The virtuous woman is dedicated to the family God has given her--and her priorities are focused on serving the well being of her family, and yes..... her husband (not a popular message in the 21st century). They are working together as a team, not leading separate lives where her career vs. his becomes a continual conflict.

Interestingly, if you read and consider what the passage is saying, you don't find a woman who is chained or oppressed by a controlling husband either. You find phrases like "she worketh willingly" which denotes that she has made that choice and is happy with it. The element of trust is also there. Her husband trusts her--he doesn't need to dictate every move and decision and it appears he gives her a great deal of freedom in decision making in matters within her realm of the home, because he can trust her! He has delegated some responsibility to her which frees him up so he can pursue other matters which he needs to tend to. She considers a field, and buys it. That means she has some skill in making wise decisions. Every family is different as to what those responsibilities might be; for example, if your husband owns a business you might be called upon to participate in various aspects in which your strengths can be utilized to help him.

I recall in the early days of our marriage my husband didn't like it when I purchased clothing or something for the house without asking his permission first. The main reason was because we were very strapped financially, just starting out, and I am sure he wanted to make sure we could pay our bills! As time went on though, he realized that he could trust me with the money because I wasn't spending it foolishly--I was as dedicated to keeping our family out of debt as he was, and he learned that when I did buy something it was a good deal, and was something the family needed, and he came to appreciate my foresight. Now he doesn't require that I ask him about every little purchase, because he can trust me not to overstep my boundaries.

Another common misconception is that the virtuous woman is somewhat of a martyr--continually serving her husband and her children, and never thinking of herself. But in verse 22 it says that "She maketh herself coverings of tapestry; her clothing is silk and purple." It appears that after she helped the poor and needy, and took care of the needs of her household (verses 20 and 21--showing that she wasn't selfish and had her priorities in order) she also made beautiful clothing for herself. She cared about her appearance (although the focus wasn't outward as we see later on in the passage) but she wasn't frumpy either. Appearance does matter--as Christians we need to look our best with what God has given us. If nothing else, our clothing can be clean, in good repair.

Based on the passage, a few adjectives to describe the virutous woman would be strong, honorable, trustworthy, faithful, kind, prudent, frugal, generous, hard working and industrious, insightful, discerning, and full of godly wisdom.

She delivered her linen and goods that she made to the market--she used the God given talents to help her family out financially. It denotes a type of cottage industry, working out of the home, and one her children probably helped her with. Her husband trusted her enough to go out and meet with the merchants--so she wasn't locked in the house and never allowed to interact with the townspeople.

A virtuous woman didn't abuse the privileges her husband gave her, and her motives for what she did were pure. The key is that the virtuous woman feared the Lord above all, and that was the motivation for everything she did in life.
Posted by Carolee's Corner Canary Islands at 8:27 AM 1 comment: 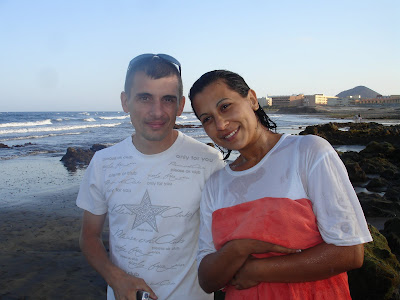 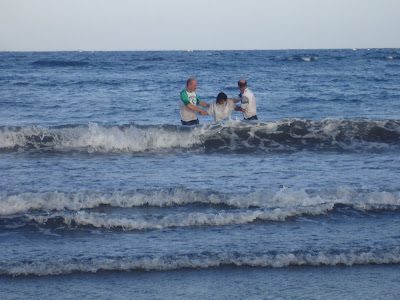 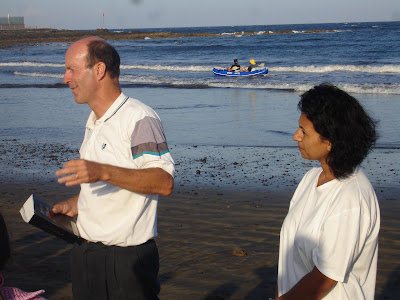 We are thankful for Simona, who told us she wanted to follow the Lord in believer's baptism. She is from Romania, and comes to church with Valentin and Jenni when she isn't working. She is a sweet lady and seems really happy with her new life in Christ. We are thankful for the people that the Lord has brought into our life and ministry.
Posted by Carolee's Corner Canary Islands at 12:04 PM No comments: