Emergency Trip to the USA


It isn't the kind of call a grandparent likes to get. 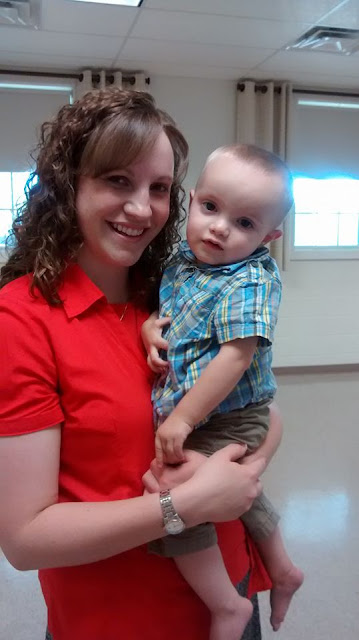 I was shocked. My daughter went on to explain how they had noticed that their 18 month old son had a severe curve in his spinal column, so they took him to see their pediatrician, who immediately referred them to see a pediatric orthopedic specialist. The diagnose was that Stephen had scoliosis, a 40 degree curvature. There was talk of possible treatments, but first an MRI was ordered to see if there were any underlying issues that was causing the scoliosis.
The results of the MRI revealed that Stephen had a condition known as Chiari Malformation, and syringomyelia. I had never heard of it, so I googled it. The specialist sent them to a neurosurgeon, and surgery was scheduled immediately.

When my daughter told me the news, I knew in my heart that I had to go help, and do what I could to be present at this difficult time in my married daughter's life. They have three children all under the age of four.

We had just flown back to the Canary Islands six weeks ago after being in the USA for the summer, helping Rebekah to get settled into college. I had just started my new English classes, so it wasn't the best time to leave, but in my heart I wanted to be there. It was the right thing to do. It doesn't matter how much it costs or if it is a convenient time.

Being a missionary, you often have to make decisions that are difficult--you can't be there for every event--I have missed the birth of several grandchildren,family reunions, weddings, funerals... and when my parents have had surgeries or sicknesses--as much as I would like to be with them I can't always be present physically.

Stephen had surgery on October 24th, and was released from the hospital just two days later. The surgeon said it was a success, but time will tell how much of the scoliosis will be resolved from the surgery, and most likely he will need to wear some sort of brace in the future. 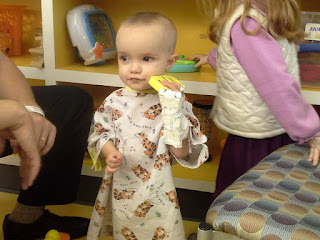 I am thankful for the few weeks I had with my daughter's family. I was able to bond with the grandkids, which I hadn't been able to do this summer as I was helping my mother in Ohio. If you don't spend time with them, they won't even know you and it becomes increasingly difficult as they get older to gain their hearts.
As an added bonus, I was also able to visit my daughter's family that live in Michigan. Hannah gave birth to a  beautiful baby girl while I was in the states. What an unexpected blessing to be able to hold a newborn baby once again, and be a help to my daughter when she was released from the hospital. She too has three children under the age of four. 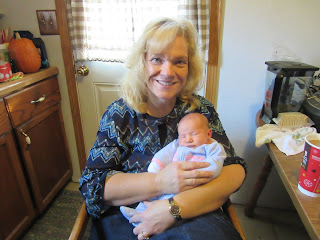 Last but not least, I was able to see Rebekah for a very brief visit at her college in Chesterton, Indiana. She is doing very well, and seems to like her new "home" away from home.
Once again I am back in Tenerife, eager to get back in the normal routine--but I am so thankful for the opportunity the Lord gave me to spend with my older children in the US. 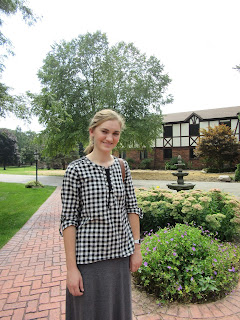 Posted by Carolee's Corner Canary Islands at 7:06 AM 1 comment: